The Alpe d'Huez resort summary is: Alpe d'Huez has 82 lifts within its 235 Hectares of terrain that is suitable for beginner and intermediate levels, including terrain park enthusiasts. Find location, trail maps and piste maps covering the mountains 2250m of vertical range and surrounding area. There are 116 trail at Alpe d'Huez.

The Alpe d'Huez resort summary is: Alpe d'Huez has 82 lifts within its 235 Hectares of terrain that is suitable for beginner and intermediate levels, including terrain park enthusiasts. Find location, trail maps and piste maps covering the mountains 2250m of vertical range and surrounding area. There are 116 trail at Alpe d'Huez. 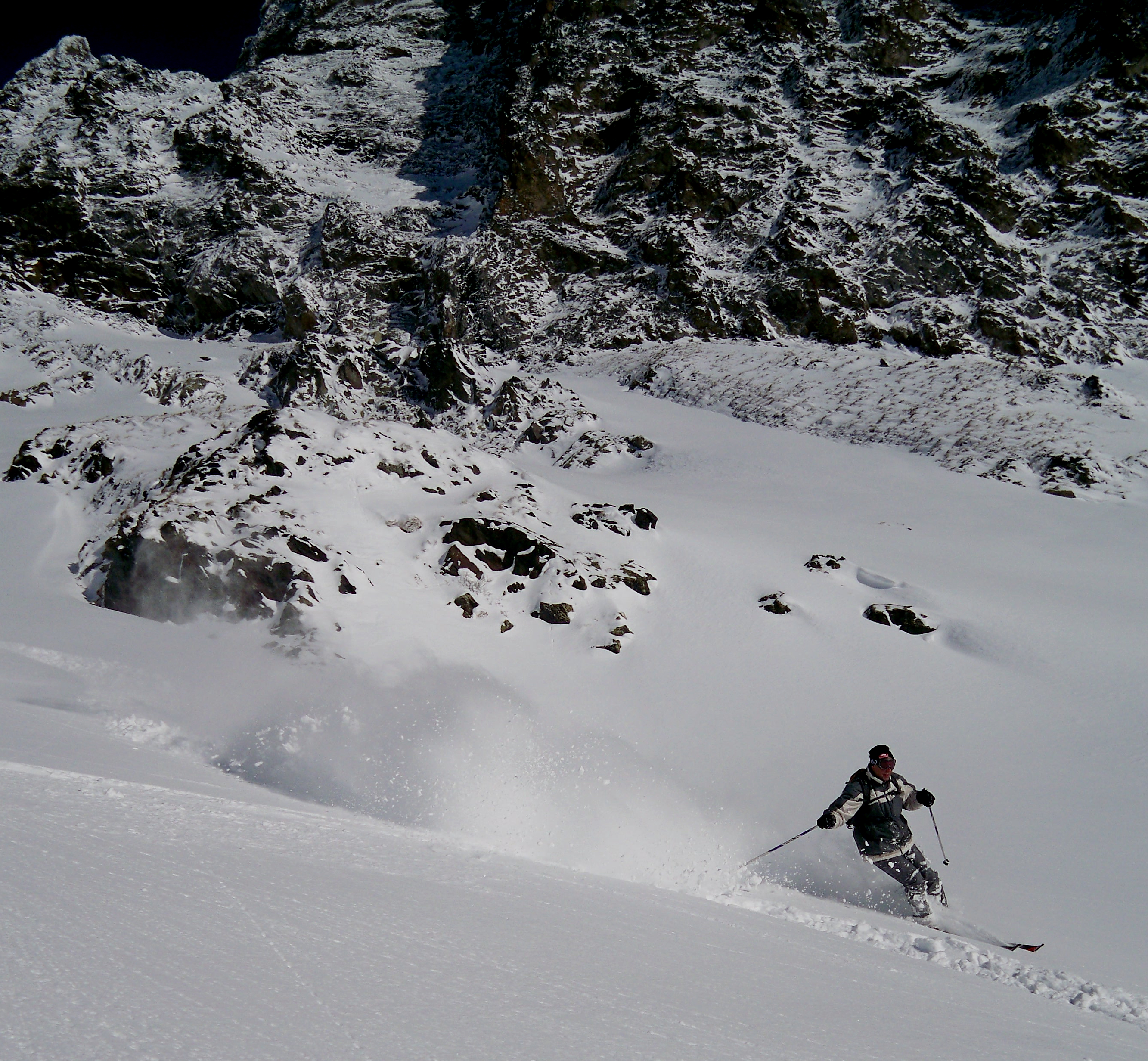 Alpe d'Huez is 63 km from Grenoble and about one and a half hours from Grenoble St Geoirs airport. It is part of the Grand Domaine ski area (http://www.alpedhuez-granddomaine-ski.com/). Alpe d'Huez has 'La Sarenne', the longest black run in Europe; 16 km long and an incredible 2210 m vertical drop. Despite this fearsome statistic, Alpe d'Huez is well suited for beginner and intermediate skiers.

I hadn't been to Alpe d'Huez for a while and visited there for a few weeks in March and early April this season (2022). They have clearly invested a fair bit in the lift system over the intervening period. Many new high speed lifts around.
The area itself is still basically the same, and is really what you would expect from a large alpine resort in the French Alps. A high degree of variety in terrain, runs, off-piste and aspect of slope and lots of ski-in ski-out options. Skiing around town is all easy stuff really and offers a perfect domain for people that are starting out, or have not got much skill yet. But as mentioned the options for up to expert level are also excellent.

The on-mountain facilities are rather decent and well maintained including toilets, restaurants, information and the general maintenance of the resort to a high standard including grooming and prep work of pistes / lifts. The snowpark in Alpe d'Huez has improved significantly from the last time I went there. They now have a very decent setup. There was an extensive area for intermediates and loads of rails and boxes around. Their large line had a couple of decent booters. Then in the run up to the French Freeski Slopestyle Champs at the end of March they built up two insanely large, very poppy kickers to go with the two large kickers that were there before. The comp jumps basically became little more than decorative following the comp, but they were there if anyone felt either mental or exceedingly brave. The park is very popular, no doubt owing to location and design. The location of the park is perfect, being as it is about 2100m elevation and west facing, meaning the kickers don't get the sun on their take off in the afternoons, and the landings will soften in the sun, which is exactly what you want. This season has been rather unseasonably warm, but even so the park was skiing beautifully until 08th April.

The main downside for Alpe d'Huez, I would say, is the car parking situation, if you are travelling there by car. It is almost all paid for parking in the town, which I'm sure helps the residents, but is a pain in the you know what if you're holidaying there. And there simply isn't enough. But difficulty finding a space is not an uncommon thing in ski resorts generally...

All things considered I would not hesitate in recommending Alpe d'Huez to anyone for a trip as it will not disappoint any level of skier/boarder. The resort is also mainly above 1800m making it fairly well snow sure for the vast majority of any season, even ones like this one which was very low snowfall and warmer than average generally.