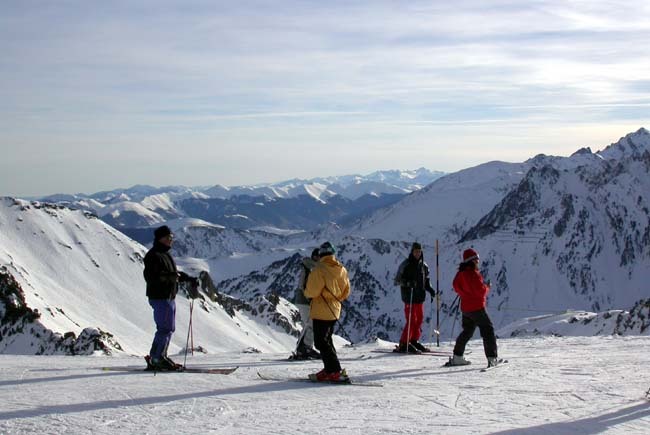 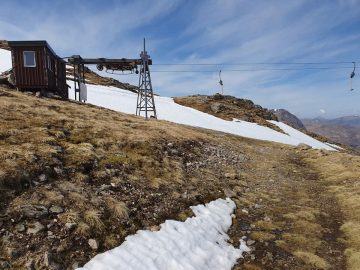 No Skiing When Scottish Ski Centres Can Re-open on Monday

The last Scottish ski centre that had hoped to be able to offer some very late season skiing when Scottish centres are allowed to re-open to the public on Monday (26th April) has decided it won’t be able to do so. Glencoe ski area issued a statement on Friday afternoon saying, “Sorry folks only ski touring or hiking for turns available from Monday when we re-open. Unfortunately while it will still be good for touring there is no longer a complete run back to the bottom of the Main Basin. Without the groomer having moved snow around during the winter lots of gaps are now appearing and the snow is currently too soft for the groomer to get around to

Bareges/La Mongie is now known as "Le Grand Tourmalet".
Bareges was one of the earliest ski resorts in France, dating from the 1930's, but is now quite low by modern day standards. La Mongie, at 1850m, is much higher and the snow markedly better.
I flew Ryanair, from Stansted to Lourdes, early on a Saturday morning, carrying full ski kit incl boots, skis, av kit etc..
After a surprisingly pleasant flight (I'm not a fan), we were met on arrival by Stef (the male part of the chalet partnership in which we were staying), and less than an hour later were at our base for the week: Chalet Tourmalet. As its name suggests, it is on the Col du Tourmalet, one of the most famous climbs on the Tour de France.
Stef reckoned that we could have been on the slopes by 11am! (A feat I've only ever achieved in the Alps at Cham or PdS when flying the same day.)
The skiing?
Well? First thing to say is that the snow wasn't brilliant. But? That was more a function of the strange weather system that had freezing levels over 3000m across both Pyrenees and Alps, than any particular local phenomenon.
The pistes were in good condition and it is clear the resort is making big efforts to "up their game", with new lifts, runs and snow making.
I skied precious little off-piste, but the potential is awesome! The resort has some easily accessible pitches for novice off-pisters and really great treks for the true powder hound! The signature mountain of the area, Pic du Midi. has ski de Haute Montagne that rivals better known gnarly spots such as La Grave and Meiji....
My accommodation was truly excellent! Carolyn & Stef were fantastic hosts! Superb food, excellent evenings, clean and comfortable surroundings, and I was even introduced to the RN version of Ludo! (Never having played Ludo, I was amazed at how competitive "Uckers" was!)
Ryanair fly to Lourdes Saturday & Tuesday, but Toulouse is only a couple of hours away with many more flights.
I thoroughly recommend you try it!